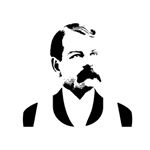 Ever since the original location of THE BUTCHER opened in De Pijp in 2012 the famous burger brand has been shaking up Amsterdam’s hospitality scene.

Soon the time came to start grilling burgers in one of the most iconic parts of Amsterdam central: The Nine Streets, known for its cobbled streets, boutique shops, kitsch cafes and art galleries. Since flipping its first burger in autumn 2016, THE BUTCHER Nine Streets has continued to serve the brand’s signature menu of haute fast-food on the Paleisstraat 14 and the corner of the Spuistraat and outside on the terrace in the summer months.

THE BUTCHER Nine Streets by The Entourage Group

Come for the burgers, stay for the salads! Or just

This Valentine's Day, don't just say 'I love you',

Brb gotta capture every angle for my Instagram fol

I'm going to make a burger you can't refuse - The